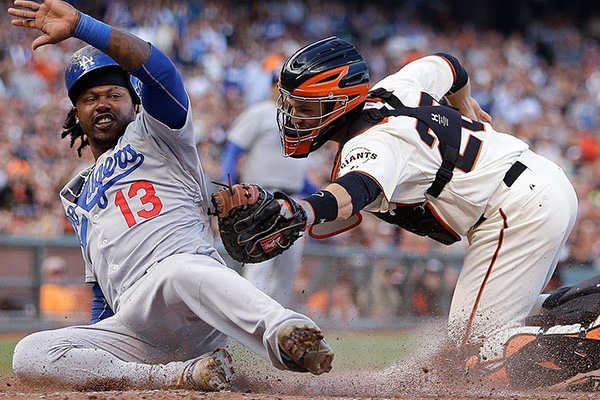 The History of Baseball – Beginnings

In England a game called “Rounders” was popular and had similar features to what we now call Baseball. The game was brought to New England by the colonists. The earliest mention of baseball was a 1791 Pittsfield, Massachusetts, ordinance that banned the playing of baseball within 80 yards of the town meeting house.

In “Rounders,” the batter was judged to be out when the fielder hit him with a ball. That was a bit rough so, in 1845, in America, a group of enthusiasts in New York founded the New York Knickerbocker Baseball Club and under the leadership of Alexander J. Cartwright and the club's by-laws committee, which included William R. Wheaton and William H. Tucker, formalized a set of rules for the game. One major rule was that a fielder could get a base runner out by tagging him with a ball, instead of hitting him as was done in Rounders. Because of that, a hard ball could now be used and along with the adoption of the diamond-shaped infield, foul lines and three-strike rule, the Knickerbocker Rules formed the basis of modern Baseball as we know it today.

Baseball became an organized sport in the 1840s and 1850s. Many early baseball teams were formed in New York City and Brooklyn, however, the team members were amateurs, as they were not paid for their skills.

The first all-professional baseball team was the Cincinnati Red Stockings. The Club President, Aaron B. Champion, decided to pay his players for their expertise and efforts. The first known competitive game between two clubs under the new Knickerbocker Rules was played at Elysian Fields in Hoboken, New Jersey on June 19, 1846 between the New York Nine (the remnants of a team called the Gothams) and Knickerbockers. The New York Nine won.

The Knickerbocker Rules were quickly adopted by teams in the New York area.